Elder Care Attorney, Mindy Felinton focusses on the complications arising from COVID 19 virus that is causing younger adults to have strokes which are not being addressed in time to save the victims. 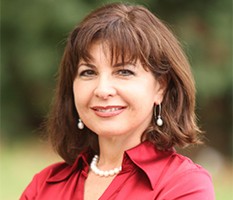 Felinton writes, “The devastating loss of life around the world due to COVID19 is unfathomable.” She continues, “In the U.S., to date there have been close to 1 million confirmed cases of COVID19. While the majority of those people have recovered, more than 54,000 people have died so far.”

“I can’t imagine the sadness and grief the loved ones are experiencing now,” Felinton says. She adds, “They cannot have a funeral or any kind of service to honor the lives of the dearly departed. The age of those who have lost their lives to this devastating virus range from a 6-week old infant to those in their 90s.”

“While it was initially thought that only older adults were susceptible,” Felinton writes adding, “that has been totally dismissed as younger, healthier people are being felled by this virus. In a WashingtonPost.com article about the number of strokes associated with COVID19, as seen at Mt. Sinai hospital  it was stated, “In a letter to be published in the New England Journal of Medicine next week, the Mount Sinai team details five case studies of young patients who had strokes at home from March 23 to April 7…The victims’ ages are 33, 37, 39 44 and 49, and they were all home when they began to experience sudden symptoms, including slurred speech, confusion, drooping on one side of the face and a dead feeling in one arm. One died, two are still hospitalized, one was released to rehabilitation, and one was released home to the care of his brother. Only one of the five, a 33-year-old woman, is able to speak.” https://www.washingtonpost.com/health/2020/04/24/strokes-coronavirus-young-patients/?outputType=amp&fbclid=IwAR2qW2S6JEC0uwzQMfh5QhyU9pt5oAglZ0yVIQj38snf8tJ6RIwYlM5A8lw

According to Felinton, “Many of the younger adults suffering stroke symptoms are not going to the hospitals which are already overburdened. However, now that it’s clear that stroke symptoms are related to COVID19, it’s important to get to a hospital right away. According to the Mt. Sinai team as reported in the Washington Post article, “The most important thing for people to understand is that large strokes are very treatable.”

The entire article can be read at https://www.felintonlaw.com/the-covid19-death-toll-rises-among-the-young/

From a young age, Mindy wanted to be the voice that would make an impact in people’s lives.   She became an attorney and has practiced law for over 30 years, so that she could fulfill her desire to help others.  As a special prosecutor, Mindy defended the underdog (literally) in cases of animal abuse.  As a state attorney in Florida she fought for justice. During the last 25 years, Mindy met many wonderful people who did not know their rights, did not understand the law, and did not know what options were available. She made a decision to focus her practice on Elder Law, Medicaid, Veterans’ benefits, and Estate Planning.  Thus she is able to guide her clients through those difficult and sometimes overwhelming processes.