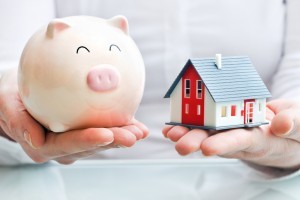 As ElderLawAnswers reported in 2012, if only one spouse’s name is on a reverse mortgage and that spouse dies, the surviving spouse has been required to either pay for the house outright or move out. This might happen if one spouse is under age 62 and ineligible to sign the mortgage, and some lenders have actually encouraged couples to put only the older spouse on the mortgage because the couple could borrow more money that way.

But because of the housing downturn, many homes are worth less than the balance due on the reverse mortgage, meaning that the non-signing spouse cannot repay the loan and faces eviction.

AARP sued the Department of Housing and Urban Development (HUD) on behalf of three surviving spouses who faced imminent foreclosure and eviction from their homes. The case involved the spouses of individuals who took out Home Equity Conversion Mortgage (HECM), which are the most widely available reverse mortgage and are administered by HUD.  AARP charged that in not protecting spouses from foreclosure, HUD was violating federal law.

In a decision issued September 30, 2013, the U.S. District Court for the District of Columbia agreed with AARP and told HUD to find a way to shield surviving spouses from foreclosure and eviction.

“The decision marks a turning point for surviving spouses such as our clients and ensures that they will receive the protections guaranteed by the law: that they will be able to remain in their homes, despite the loss of their husband or wife,” said Jean Constantine-Davis, a senior attorney with AARP Foundation Litigation.

It’s not clear yet how HUD will correct the problem.  One possibility is that the agency may take over affected loans from the banks that hold them. But experts stress that the ruling does not mean that couples can safely take out a reverse mortgage and leave one spouse off the loan.

“I would at this point still be very discouraging from doing a reverse mortgage that leaves the spouse off” until it’s clear precisely what HUD will do to fix the problem, Ms. Constantine-Davis told The New York Times.

To read the court’s decision in the case, click here.