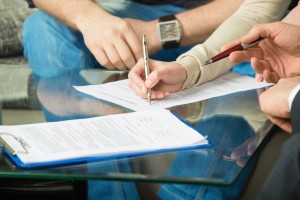 A power of attorney may seem like a simple document, but there are several important decisions that need to be made when creating one. From whom to appoint to what powers to grant, care and consideration should be put into each choice.

A power of attorney is one of the most important estate planning documents you can have. It allows a person you appoint — your “attorney-in-fact” or agent — to act in your place for financial or other purposes when and if you ever become incapacitated or if you can’t act on your own behalf. It can permit the agent to pay your bills, make investment decisions, take planning steps, and take care of your family when you can’t do so yourself.  In theory, all the power of attorney should need to say is the following:

I, Joe Blow, hereby appoint Janet Planet to step in for me in the event of my incapacity to handle my financial and legal matters.

But in fact most powers of attorney run to several pages and involve a number of important decisions. Now, two nationally-known estate planners, Jonathan Blattmachr and Martin Shenkman, have written a whole ebook just on powers of attorney: Powers of Attorney: The Essential Guide to Protecting Your Family’s Wealth.

Here are some of the decisions you will need to make on your power of attorney:

Whom to appoint.
Of course, you need to appoint someone you trust to have your best interests in mind. The person also needs to be organized and responsible and have the time available (or be able to make the time available) to carry out the functions of paying bills, guiding investments and handling any legal matters that may arise. Generally, people appoint family members to this role, but sometimes none of their relatives are appropriate, in which case they may appoint a friend or even an accountant, attorney or clergy person. If there’s no one to appoint, despite the benefits of the power of attorney, you may need to resort to a court-appointed conservator in the event of incapacity.

How many agents to appoint.
You may appoint one or more agents on your power of attorney. Having multiple agents allows more than one person to share the responsibility and permits them to divvy up tasks. If you appoint more than one, make sure that the document permits each agent to act on his or her own. Requiring them to act together provides checks and balances, but it could become very cumbersome if all of your agents have to sign every check or other document. Also, if you appoint more than one agent, make sure they get along and communicate. If not, misunderstandings can arise. It is generally better not to name more than two agents, but parents of three children may not want one to be left out. Some attorneys prepare two separate powers of attorney naming different agents rather than two agents on the same document. The problem with this is that anyone dealing with either agent may not know that the other document exists and it may discourage communication between the agents.

Alternates.
In addition or instead of naming multiple attorneys-in-fact, you can name one or more alternates in case the first person or people you appoint cannot serve. For instance, you may name your spouse as your agent and your children as alternates. If you do name alternates, make sure the document is very clear about when the alternate takes over and what evidence he or she will need to present when using the power of attorney. Otherwise, a bank or other financial institutions might deny access to an account if it’s not certain that the alternate has indeed taken over. For this reason, it may be better to appoint multiple agents rather than one and then an alternate. This avoids any question of proof when the second agent steps in.

“Springing” or “durable.”
The idea behind a power of attorney is that it will be used only when the person who creates it (the “principal” in legal speak) becomes incapacitated. Interestingly, traditionally powers of attorney expired when the principal became incompetent, the theory being that the attorney-in-fact stands in the principal’s shoes and can only do what the principal can do; if the principal is incompetent, then so is the agent. Every state has passed laws providing for “durable” powers of attorney that survive the incapacity of the principal. But when should it take effect? A “springing” power of attorney only takes affect when the principal becomes incapacitated. The problem is that springing powers of attorney create a hurdle for the agent to get over to use the document. When presented with a springing power of attorney, a financial institution will require proof that the incapacity has occurred, often in the form of a letter from a doctor. Obtaining that letter will be one more task the attorney-in-fact will have to carry out, often when already overwhelmed dealing with a parent’s illness while still trying to stay employed and care for children. It can also mean a delay in access to funds needed to pay for care or to maintain a home. In most cases, if you trust someone enough to name him or her as your agent, you also trust him or her not to use the document until the appropriate time. And if this trust is misplaced, then you can always revoke the appointment. A final argument for executing a durable, rather than a springing, power of attorney is that it may be needed when the principal is competent, but unavailable. For instance, a financial or legal matter may come up while the principal is vacationing in Europe. It could be important that the attorney-in-fact can step in and act while the principal is out of the country.

Gifting.
Powers of attorney usually go on for several pages listing the various powers the attorney-in-fact may carry out. This is because financial institutions and tax authorities often look for and demand specific authorization for the tasks the agent is seeking to perform. One of the most important powers is the power to gift. While strictly speaking allowing your agent to make gifts may not always be in your best interest—it is usually better to have more money than less—it may well be what you would want to do if you were competent to act on your own. You may want to support children and grandchildren or to take steps to reduce taxes or qualify for public benefits. Often, power of attorney forms limit these gifts to the annual gift tax exclusion—currently, $14,000 per individual per year. However, since you have to give away $5.43 million (in 2015) to be subject to any gift taxes, limiting the gifting powers in the power of attorney to the annual exclusion may not be necessary.

Trust powers.
Similar to the power to make gifts, it can be important to authorize the attorney-in-fact to make, amend, and fund trusts on behalf of the principal. Power of attorney forms often permit the funding of preexisting trusts but not their modification or the creation of new trusts. These powers can be extremely important in the context of long-term care planning, asset protection planning or special needs planning for spouses, children, and grandchildren.

Copies and Storage.
Once the agents and wording of the power of attorney have been determined, how many originals should you have and where should they go? Most powers of attorney include language saying that a copy should be treated like an original, but this is not always honored by third parties. In addition, an original may be inaccessible for some periods of time. For instance, in transactions involving real estate, an original power of attorney must be recorded with the deed. The power of attorney will be returned, but perhaps not for several months. One option is to execute three original powers of attorney — the attorney can keep one and you can take two. You have the option to keep the originals yourself or give them to your agents. Usually people keep the originals and tell their agents where the documents are located in case they are needed.

One other important consideration is to see if any of the financial institutions with which you have accounts have their own power of attorney forms. If so, make sure you execute their forms as well as a general durable power of attorney because banks and investment houses have been known to reject powers of attorney that are not their own for spurious reasons.

Executing a power of attorney is not as simple as it first seems. It is important to have a qualified elder law attorney help you.